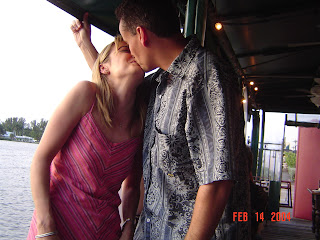 Many of you know the following about me: I am not mushy, I don’t kiss in public, I don’t sing songs or write poems to show my love. I am more likely to annoy the Cuban than dote on him. I don’t always hide my conflicts with him. I usually forget Valentines Day & our anniversary. Ten years ago, I told him, “I can open my own car door.” After he proposed to me, he was confronted by 2 concerned pastors who advised him to not marry me. This Friday, we are doing an interview on the topic…of all things…fighting.
So, for the most part, the general public has only seen a very odd-couple in action.
But the Cuban and I embrace our oddness, and we aren’t ashamed to let the world see it and there are a few things I’d like to add…1. I am fiercely protective of him and I think I will hunt down and break the teeth of anyone who hurts him.2. In 2000, I almost left him. I will spend the rest of my life staying as close to him as I possibly can get. And I will never let go.3. The Cuban is my best friend. After God, there is nobody who has my greater trust, love, sacrifice, or devotion. The Cuban is truly the man.4. Despite our oddball ways, we have a strong marriage. And it isn’t strong because either of us hold it up. It is “bulletproof-vest” strong because a few years ago, when we couldn’t hold it up anymore, God did. And we believe He’s never stopped.5. The Cuban isn’t the wind beneath my wings or the wind in my sail or any of those sappy cliches. He is the antonym of me. Every weakness in my life, is his strength. And I am thankful.OK, well, there it is.
I felt it, so I had to write it.
Thank you.