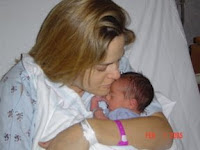 When Andy was learning how to talk, there were alot of consonants he couldn’t enunciate. And his brain was saying words faster than his mouth could form them. So Andy was often misunderstood.  Andy wanted more of something yet I walked away as if he were done.  Andy wanted to be picked up yet I left him on the floor.  There were many moments when Andy wanted me to know so badly what he was saying, but I didn’t.  Sometimes, I’d just confess, “Andy, I don’t understand what you are saying.”  And ‘though he repeatedly kept saying it, we didn’t get anywhere except frustrated.  It broke my heart.  I just want you to know that God has never misunderstood you.  When you cry and have no words, He knows exactly what you’re saying. He doesn’t misunderstand you. He doesn’t get confused by you.  And nobody will ever have to interpret you to God.  If He’s in your heart, He always knows what you’re saying from it. With God, you will always be understood.