Are You Bleeding on the Inside?

This morning I woke up thinking about a message I’ve done on the infamous bible story about the bleeding woman, (Luke 8/Mark 5/Matt. 9). I thought about it long enough to come up with a new spin for a new post. The bible teaches she had a (constant) bleed for twelve years. For all the female readers, that’s having a period for 4,380 days. She tried finding cures, but after spending all she had, she only got worse. Long story short, Jesus came to town and she was like “if I could just touch the fringe of his robe I could be healed!” What faith! She didn’t need a one-on-one appointment with Him. She didn’t need to see his face; she didn’t need him to lay hands on her; she didn’t need his acknowledgement, attention or pity. She had enough faith to know that “just a fringe” of Jesus was just enough.  And if you know the story, you know it was.  Maybe we aren’t bleeding for twelve years on the outside. But I was wondering if any of us have been bleeding for years, on the inside? It’s time to stop. It’s time for you, like her, to have enough faith to step out and take “just a fringe.” What’s a “fringe” of Jesus’ robe look like today? Maybe it’s making ONE Christian counseling appointment. Maybe it’s going to church more than ONCE a month. Maybe it’s accepting Jesus into your bleeding heart, in the first place. Jesus shed ALL of his blood on the cross for us–we don’t have to bleed from emotional, mental or relational pain ALL of our lives. What is the “fringe” of Jesus you can–by faith–reach out for today? To get help? To get healing? To stop the bleeding, and hear Jesus say, “Child, your faith has made you well. Go in peace.”

Did You Have Dreams to be a Star? 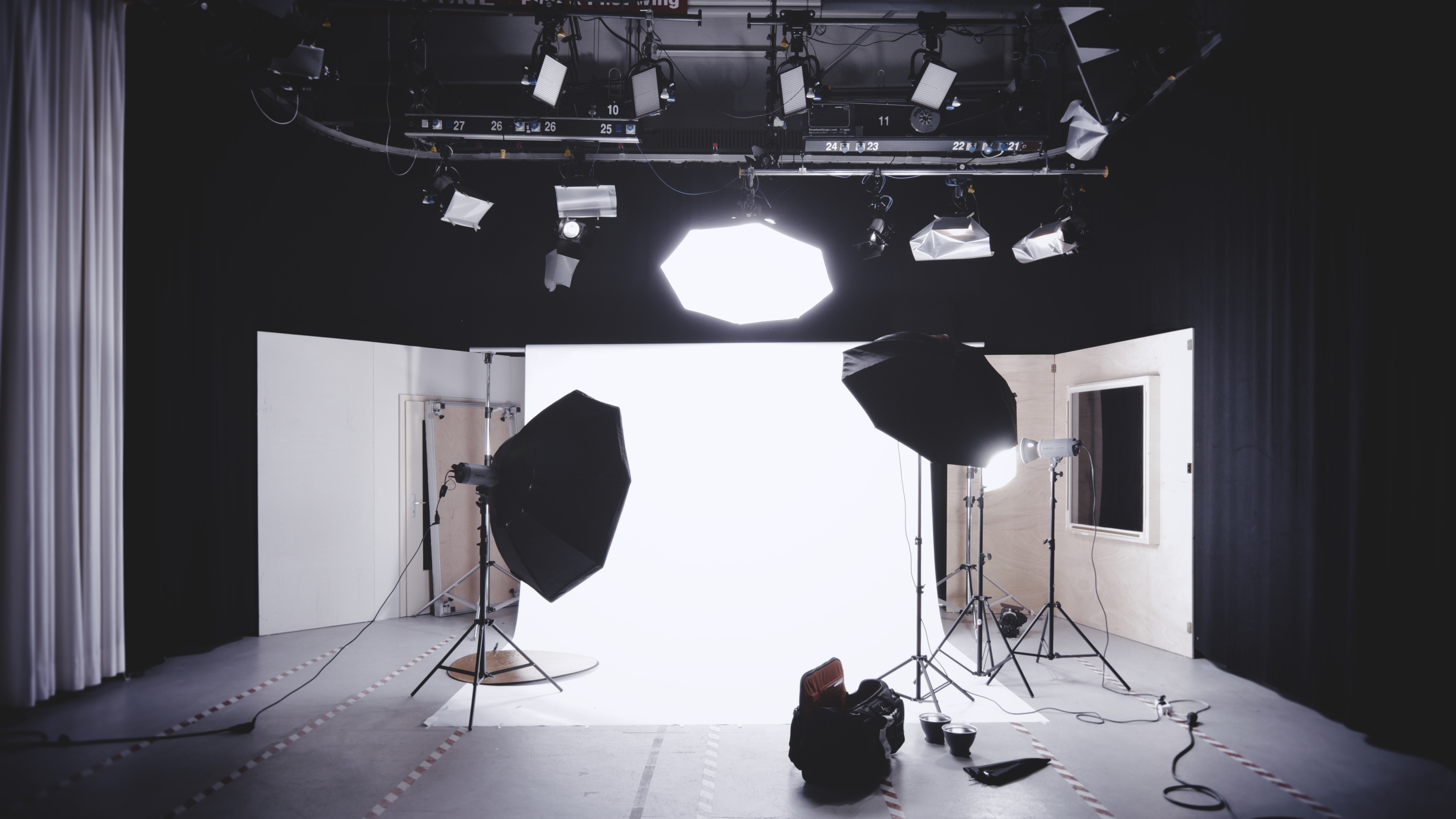 Today I “stumbled” across a verse I don’t recall noticing before (God’s winking). Daniel 12:3 says, “Those who are wise will shine as bright as the sky, and those who lead many to righteousness will shine like the stars forever.” I wanna talk about the latter part, because that’s the part that got me in two ways. First, it slapped me for times I aspired to be a “star” in my own right: self-promotion, humble-brags, the worship of “likes” and “follows.” It was a wake-up call to say, “those are not the kind of stars I want you to be.” But secondly, this verse lifted me. Maybe we’re not who we dreamed of being – but maybe it’s because God has more in store. Maybe the “star” God wants us to be is one that is too bright to shine on Earth.  Maybe God wants us to be stars BEYOND the temporary status, fame, and stardom only a world can contain. Maybe we are unknown eternal stars in-waiting. Maybe you are God’s star, and one day you’ll shine forever and never lose your starryness. How do we become that kind of star? This verse tells us: lead others to righteousness. How do we do that? By doing right things–even when it hurts, even when it’s hard, even when no one’s noticing.  I don’t know if you had childlike dreams to be a star, like I did. And now we’re adults wondering what happened!  But take heart. Quietly in your soul, where no one is watching, tuck in this verse. Continue to do the right thing, to help others do the same. And one day (and forever) you’ll shine like the star you were truly born to be….God’s.

Lesson I Learned From the Bad AND Good of Job

“So the Lord blessed Job in the second half of his life even more than in the beginning.” Job‬ ‭42:12

how to step on a tough day

Sometimes you wake up and you can’t get out of bed. So you ask God for help, and He gets your feet on the floor. Sometimes you get your feet on the floor, but they’re so heavy, you can’t take a step, so you ask God. He lightens your step and solidifies your ground, and you step. Sometimes, you start taking steps into the day, but you feel like you’re dragging through cement. So you ask God to carry you as you go…and He does. Sometimes, you make it through the day, but you lie down at night and can’t sleep. So you ask God to lift your fears, and He does, replacing them with rest. Look, life is tough. With God, life is still tough–but not impossible. I’ve heard people say, “one day at a time.” But with mental affliction, one day can be too much. I’ve learned to say: with God, one step at a time. 👣

Today I read a devotional that led me to a bible verse that led me to this post.  In the devo, the author noted how the bible teaches that Jesus is seated in Heaven: Luke 22:69, Ephesians 1:20, Ephesians 2:6, Colossians 3:1.  This was a bible Ah-Ha moment for me.  When I pray, wherever I pray, for whatever I am praying for, Jesus is seated. In other words, Jesus isn’t walking away while I’m praying. Jesus isn’t looking down at his phone. Jesus isn’t listening with one ear, while talking to someone else. Jesus isn’t daydreaming, brainstorming or aimlessly wandering. When I pray to him, every time matters most. He is seated, at full attention–for my prayers, and yours. A seated Savior. I’ve never thought about it before, but now that I have, it changes my perspective on prayer.  My Lord is seated, at attention, focused. Readily anticipating to hear from me, and you. I hope you know him. And I hope you’re talking to him.

What I Carry, That Carries Me

I carry around this small $1 notepad with bible verses that carried me through a tough time several years ago. Today, I wanted to crack it open and share some of what is inside. Maybe what I penned on these pages to carry me then, will help carry someone else, now.
>”I have learned how to be content with whatever I have.” Philippians 4:11
>”God is the lifter of my head.” Psalm 3:3
>”And trust yourselves to the God who made you, for He will NEVER fail you.” 1 Peter 4:19b
>”He who dwells in the shelter of the most high will rest in the shadow of the almighty.” Psalm 91:1
>”Then they cried to the Lord in their trouble and he saved them from their distress.” Psalm 107:13-14
>”The Lord says, ‘let the redeemed of the Lord say so!'” Psalm 107:2
>”But don’t be afraid of those who threaten you.” Matthew 10:26
>”I prayed to the Lord and he answered me, freeing me from ALL my fears.” Psalm 34:4
>”I refuse to be sad because the joy of the Lord IS MY STRENGTH.” Nehemiah 8:10
>”I CHOOSE to stay in your presence and I am full of your joy.” Psalm 16:11
>”I have PERFECT PEACE because my mind trusts God, His word and His promises.” Isaiah 26:3
>”I give Jesus all my griefs and sorrows; I refuse to carry them anymore.” Isaiah 53:4
>”The Lord will perfect that which concerns me,” Psalm 138:8

I’ll Finish What I Start,But Sometimes I’ll Start What Others Finish

I had just moved to Florida, when my future husband invited me to go on his family’s boat.  As a Chicagoan, I had never been on an ocean nor in a boat.  As we cruised the Florida coast, I was impressed by the boat-savviness of his nephews, Thomas and Mark (who were only six and four, respectively).  With nautical confidence, they navigated, steered, anchored, swam and snorkeled on their own! By contrast, I sat glued to my seat, as if made of fiber-glass, myself.  Our destination was a retired lighthouse in the middle of ocean-nowhere.  As if boating and snorkeling weren’t enough for this virgin-of-the-sea, now there was no land in sight and nowhere for my feet to touch ground.  As I worked to stand up, his nephews had already jumped overboard for a barracuda-hunt! Mark and Thomas, albeit young, were captains of this sea, and captains over me!  They instructed, “Just stay near the boat and hold onto the line, then you won’t have to get scared.”  See, there was a line fastened to the boat that extended into the water.  As Mark and Thomas snorkeled under sea, they always made sure the line was within their grasp.  When they needed a break, they emerged and held onto the line. That day, I learned something about captains: they aren’t made by age, as much as they’re made by experience.  *Segue, please* Just because Jesus was only “here” for 32 years, doesn’t mean we can’t trust Him to be our Captain.  He was (and is) God, who CHOSE to come to us, for a period of time to experience humanity to its fullest, then sinlessly sacrifice himself for our sinfulness.  When Jesus experienced ridicule, He sinlessly turned the other cheek.  When He experienced temptation, He sinlessly resisted.  When He was upset, He sinlessly managed his emotions.  When He was crucified, He sinlessly forgave.  He has earned the position of Captain.  In Matthew 14,  Jesus walked on water.  While his friends feared for their lives on a boat, Jesus captained to Peter, “Come!” Peter did, and was rescued from his own drowning because he trusted the captain.  Jesus is my Captain too.  I trust Him, implicitly: in my life, with my weaknesses, through my storms. I hope you know the Captain, too.

Know more about Heather and his journey of helping people in her Youtube channel, you can’t be missing her amazing content it’s a good way to get involved with Wondherful community and get closer to Heather’s way of helping.

Go to her channel!

To get in touch with Heather: